Chardham Yatra - From Dehradun By Helicopter

Early morning transfer to Helipad in Dehradun to board a Helicopter to Yamunotri. Arrive Yamunotri and then transfer to the hotel to freshen up and relax for sometime. After breakfast, you will proceed for pony ride or by trek to visit the famous Yamunotri Temple - Maharani Gularia of Jaipur constructed the temple in the 19th Century. It was destroyed twice in the present century and rebuilt again.

Later visit Surya Kund -There are a Number of thermal springs near the temple, which flows into numerous pools. The most significant of these is Surya Kund. If time allows then you can also visit Shani Temple.
Overnight stay in Yamunotri.
Enquire Now

After breakfast, transfer to Helipad to board Helicopter to Harsil. Arrive Harsil and then further drive to Gangotri which is approximately 20kms drive.
On the way at Gangotri take a sacred dip in Garam Kund, further drive to Gangotri via the beautiful Harsil Valley. Harsil is famous for its natural beauty and for the majestic views of the Deodar trees and mountains.
On arrival at Shree Gangotri, take a holy dip in the sacred river Ganges which is also called Bhagirathi at its origin. Perform Pooja and Darshan, after that rest for some time in the lovely surroundings.
Later visit Gangotri Temple: The temple was built by the Gorkha General Amar Singh Thapa in the 18th Century, and is situated on the right bank of Bhagirathi.
Overnight stay in Gangotri.

Breakfast at the hotel and then take a Helicopter to Guptkashi. Arrive Guptkashi and then further take a Helicopter to Kedarnath.
Visit the Kedarnath Temple - the Kedarnath shrine, one of the 12 Jyotirlingas of Lord Shiva, is a scenic spot situated, against the backdrop of the majestic Kedarnath range. Kedar is another name of Lord Shiva. According to legend, the Pandavas after having won over the Kaurava in the Kurukshetra war, feel guilty of having killed their own brothers and sought the blessings of Lord Shiva for ransom. He eluded them repeatedly and while fleeing took refuge at Kedarnath in the form of a bull.
On being followed he dived into the ground, leaving his hump on the surface. After Darshan, return to Guptkashi, by Trek or helicopter. Overnight stay in Guptakashi.
Enquire Now

Morning after breakfast, you will be transferred to Helipad to board a Helicopter to Badrinath. Arrive Badrinath and transfer to the hotel. After having a bath in the Taptkund have the Darshan of Badrivishal & Aarti in evening. Brahamakapal is important for Pinddan Shraddh of ancestors (Pitrus). There are other interesting sightseeing spots like Mana, Vyas Gufa, Maatamoorti, Charanpaduka, Bhimkund and the “Mukh” of the Saraswati River. Just within the three kms of Badrinathjee. Stay overnight at Badrinath.

Mana Village - Inhabited by an Indo-Mongolian tribe, it is the last Indian village before Tibet. Vasundhara - As the name suggests, Vasundhara is a magnificent and beautiful water fall. This place is 5 kms. from Badrinath out of which 2 kms. is motor-able up to Mana.

Bhim Pul - On the other side of Mana village, a heavy rock forming a natural bridge, lies over the roaring Saraswati river. It presents a spectacular view of water thundering down through the narrow passage under the rock and is believed to have been placed there by Bhim, the second eldest among the five Pandava brothers.

Vyas Gufa - nearly Mana Village, this is a rock-cave where Ved Vyas is believed to have appeared in the Mahabharata and the pauranic commentaries.
Overnight stay in Badrinath.

Breakfast at hotel and then transfer to Helipad to board a Helicopter to Dehradun.
Enquire Now 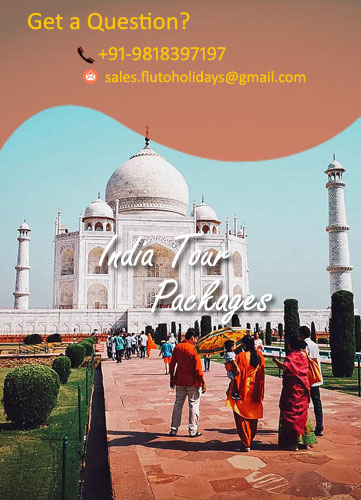